In response to the question “What’s happening, exactly?” posed by Folkestone Fringe, a series of audiovisual works have been devised which react to geoscientific data relating to Foord – an urban area located immediately north of Folkestone’s monumental railway viaduct, and a community that has seen substantial change over the centuries. The early settlement of Foord developed around the Pent stream which in the modern urban environment now runs behind houses and below ground. The community has experienced significant flooding on at least four occasions in the last 120 years. 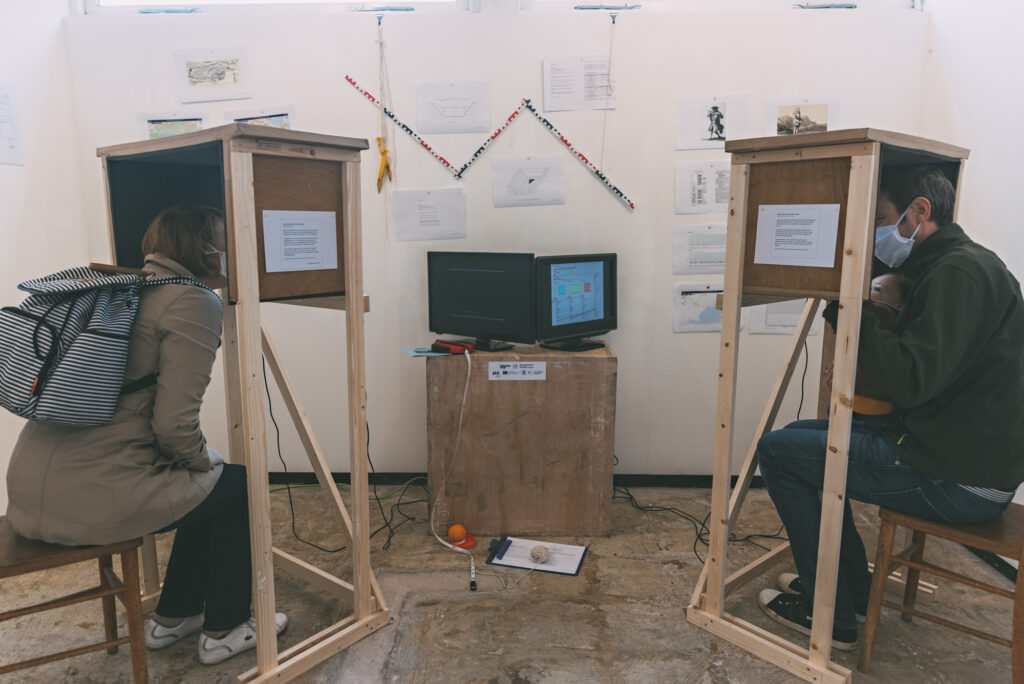 Pent Happenings investigates the occurrence and significance of seemingly remote chance events in the natural environment, and how we interpret these elemental signs in order to predict and prepare for future events.

A series of work explores alternative methods of accessing the natural environment and ways of interpreting live and historic data through sound and image, to facilitate a connection in the digital age.

Pent Happenings was exhibited at the Urban Room, Folkestone, 16th-18th October, as part of the Festival of Looking.

This project, hosted by Folkestone Fringe, is part of the “MagiC Carpets” Platform co-funded by the Creative Europe Programme of the European Union. This project has generously been supported by Arts Council England.