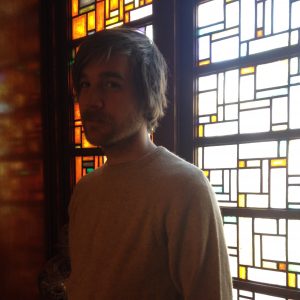 Craig Peter Gell is a composer, artist and musician based in Folkestone, Kent, south-east England.

He has created site-specific sound art, sound-walks, radio art and multimedia installations, largely influenced and informed by his local natural environment and the forces of nature active within it. His work has featured at Folkestone Triennial, Ramsgate Festival of Sound and on Vernon & Burns Radiophrenia – broadcast live from Glasgow Centre for Contemporary Arts.

He has also composed music for a number of short animated films, including Quarantine (2019), directed by long-time collaborator Astrid Goldsmith, which aired on BBC4 and won Best Animated Short Film at London Short Film Festival 2020. Music for the film Red Rover (2020) was composed while on residency at the Red House, Aldeburgh.

Craig has collaborated with other local artists and practitioners including Anna Braithwaite and the Montrose Composers Club, eco-poet Chris Poundwhite, filmmaker Jemima Hughes, and the Folkestone Fringe.

Further examples of work can be heard on soundcloud.

For all enquiries, please email: info[at]craiggellmusic.com

2018
– Folkestone’s El Dorado: An auditory ramble through the Warren, Sound-walk, SALT Festival of the Sea and the Environment, Folkestone, Kent